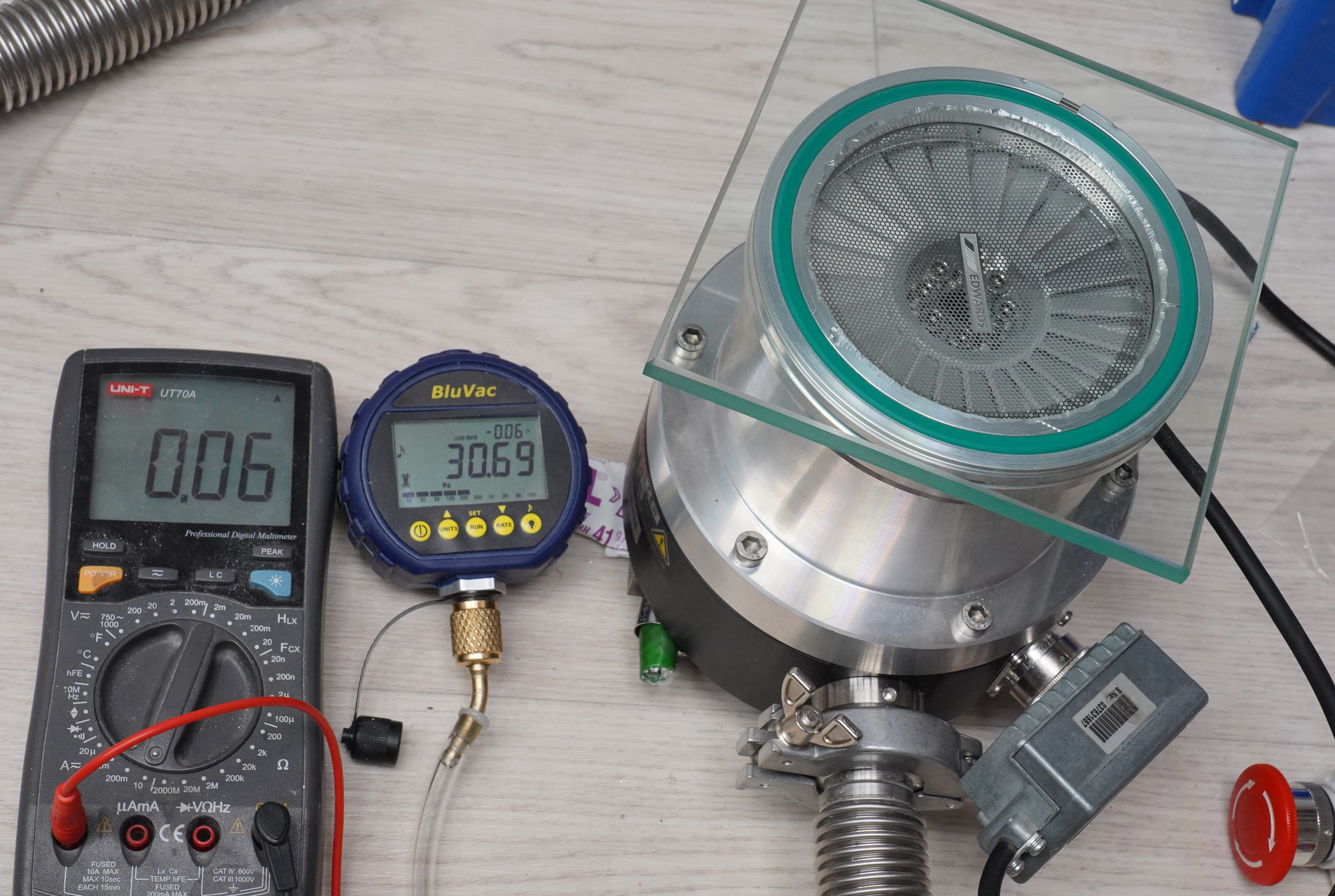 It did not disintegrated itself

I was surprised that it runs quieter than rotary vane backing pump.
Of-course it's used, came from disassembly of some science equipment in Israel. The only issue was 1 bend pin on a pump, which was probably not used. Anyways, I was able to straighten it up easily.

Centering ring was grinded from one side to allow use of sheet of glass instead of vacuum chamber to see the rotor during first test run on nominal speed (60'000 RPM): 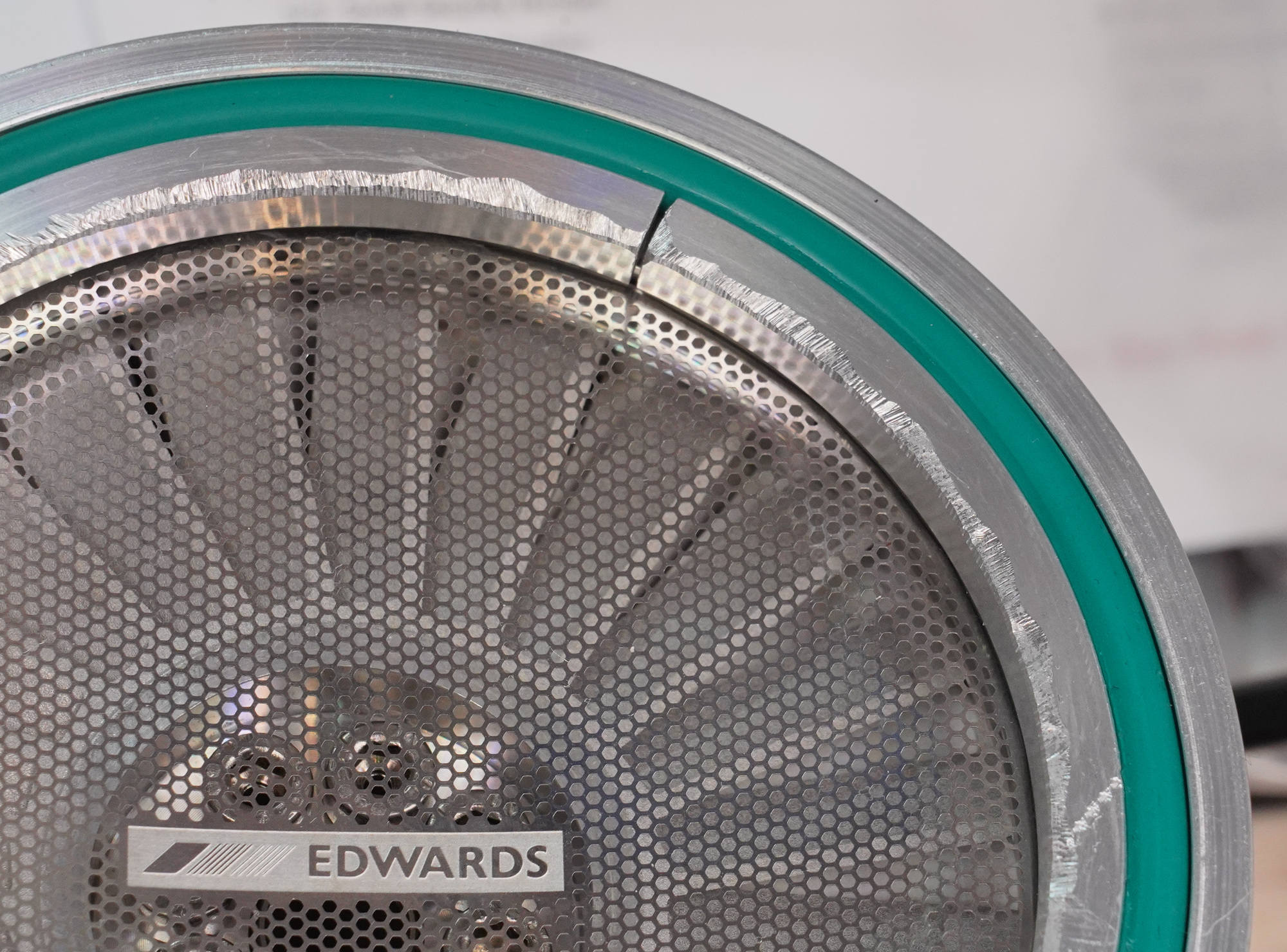 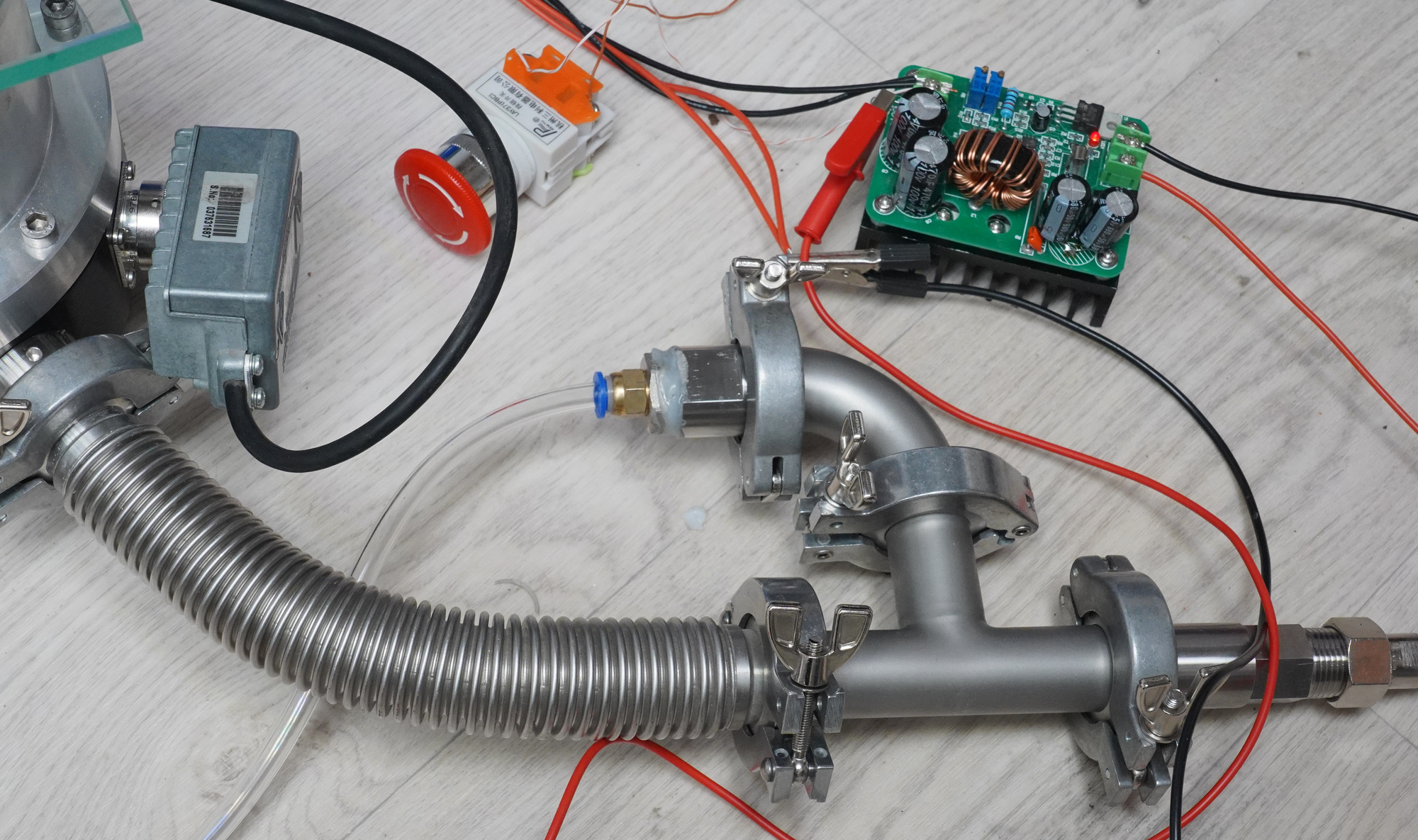 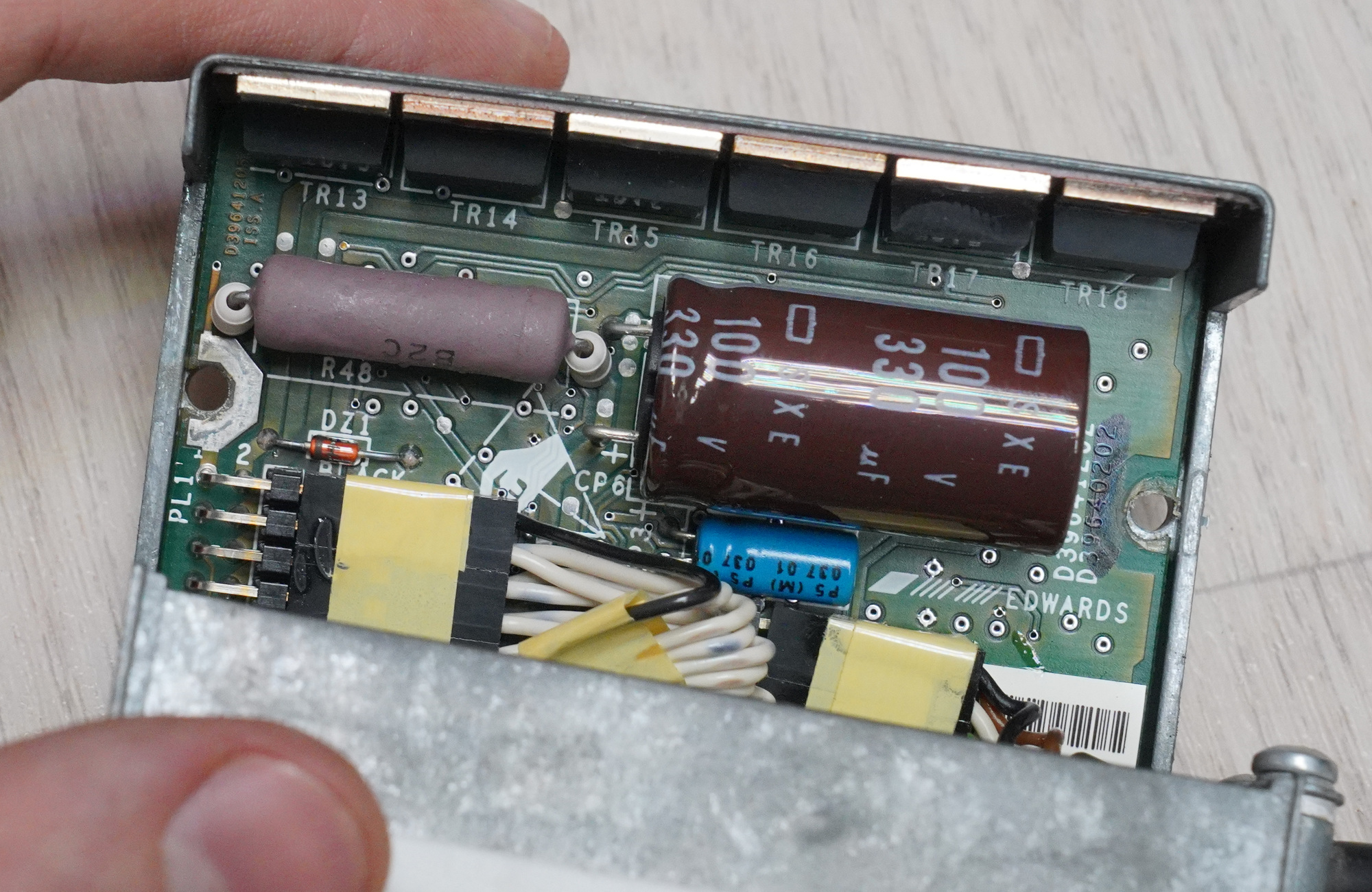 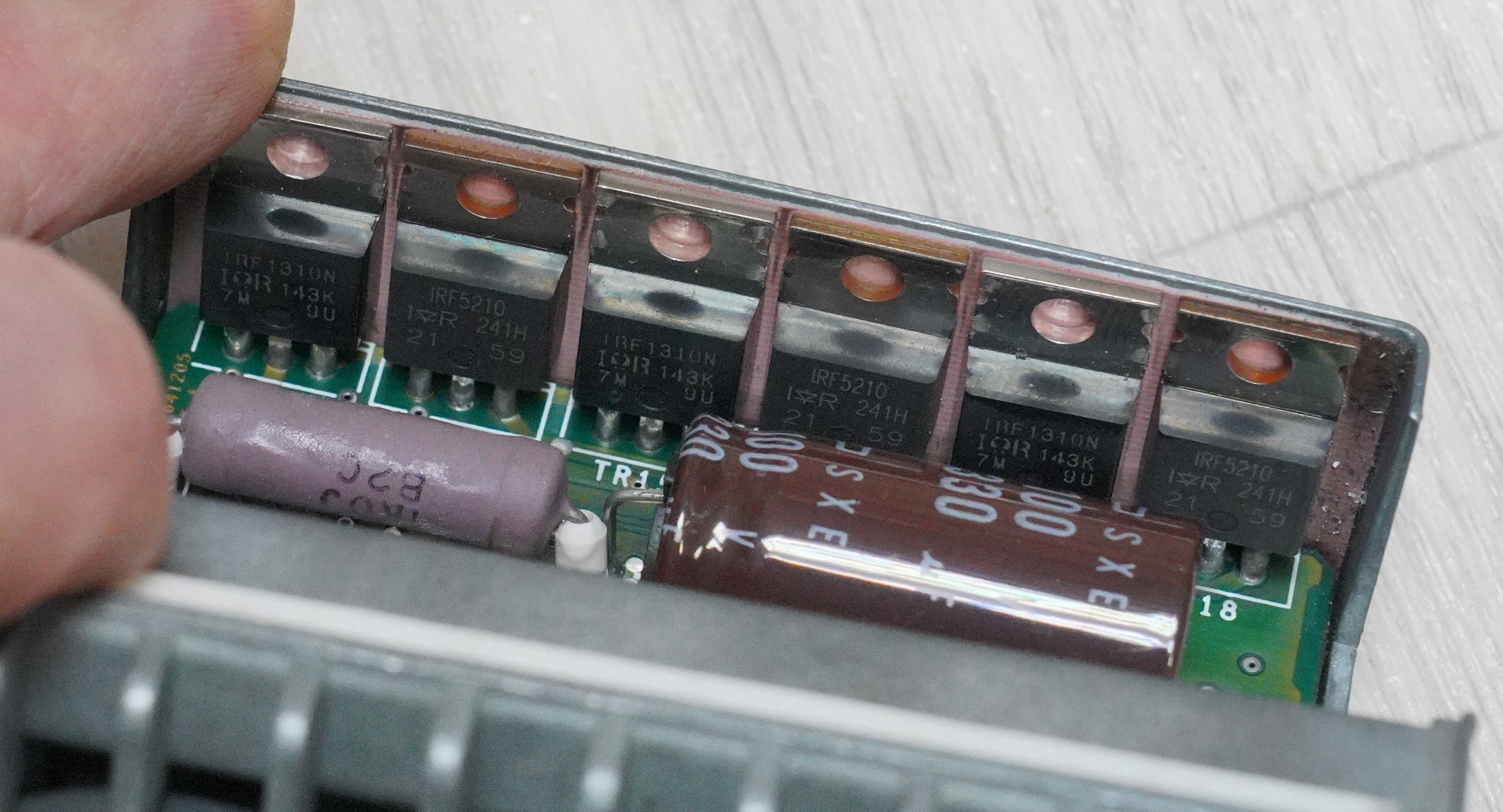 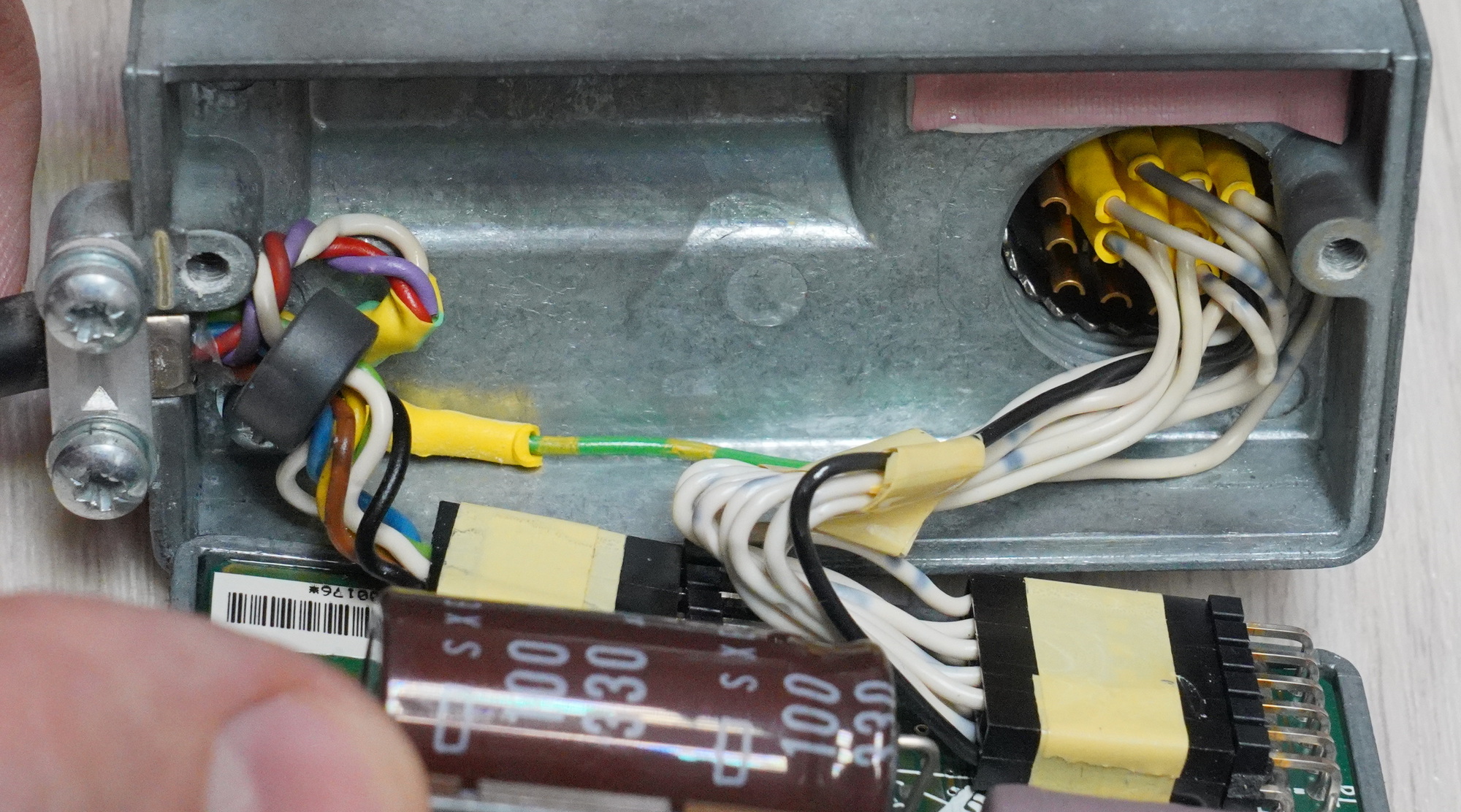 Was recording video for the chance of capturing rapid unscheduled disassembly, so not much is happening on the video. At 3:53 - roughing pump is turned off to hear the sound of turbo-molecular pump. With such small "chamber size" venting without exceeding maximum pressure rise rate is quite challenging - hence venting and slowing down the pump took much more time then start-up.


Update: Could not resist taking second one from the same seller as a spare, also works fine: 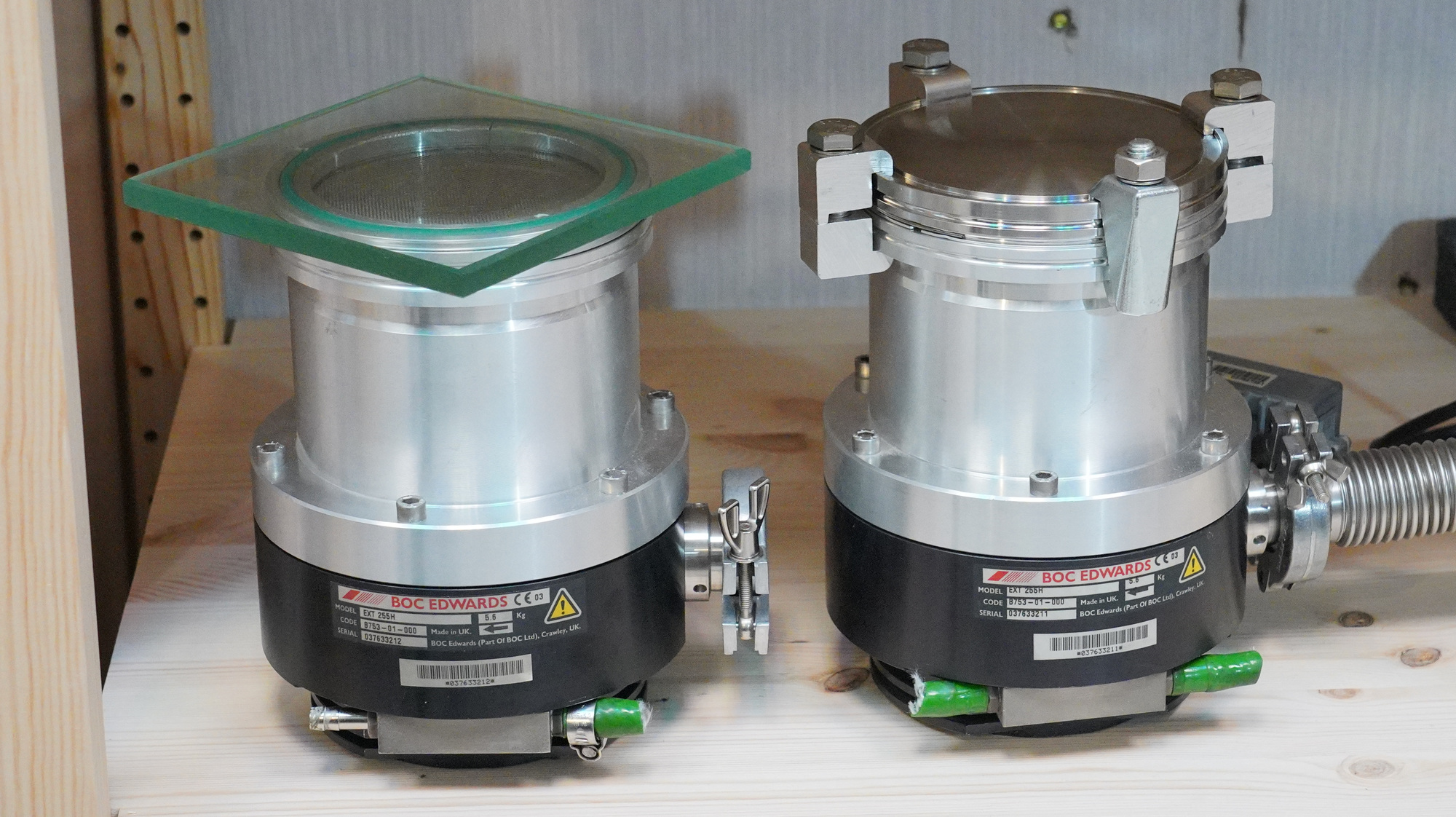