Recently I won HeNe laser tube on EBay, and seller from Germany surprisingly sent me 2 lasers instead of 1 :-) One is slightly newer (~2000), I even managed to find datasheet on manufacturer's website, another is older. Also I bought HV power supply - 2100-2900V, 6.5mA and 8000V during ignition. But the main issue for me was high-voltage ballast resistor - it is needed due to "negative resistance" of gas dischange, constant current power supply might not react fast enough. I had no any HV resistors, so decided to try 2512-SMD parts: they are rated for 500V voltage and 1W heat dissipation - so I will have to use them quite out of spec.

Voltage drop across 200 kOhm resistor for 3mA current is about 600V, so it did not brake down even for mere 2 resistors in series, but heat dissipation was so high (~1.8W on small board without radiator) that resistors were floating in molten solder. Obviously, It was impossible to add radiator on my protoboard

I increased number of resistors to 6 and reduced total resistance down to 150 kOhm - this allowed for prolonged laser operation without resistor overheating. Now I see that i probably used too high ballast resistor value - even 75kOhm would work just fine according to datasheet. FYI documentation also suggest to place ballast resistor as close as possible to anode of the laser for stable operation.

I believe ballast resistors for CO2 lasers could be done the same way - but number of resistors must be like 10-30 times higher, and obviously on a single-sided board. One should remember that maximum heat dissipation for 2512 resistors is around 1W and temperature of whole ballast board should be monitored.

First laser started generating from 3.2mA (nominal current from datasheet - 6.5mA), second from ~4mA. I was measuring current using usual multimeter in the cathode wire - luckily it did not get fried during ignition 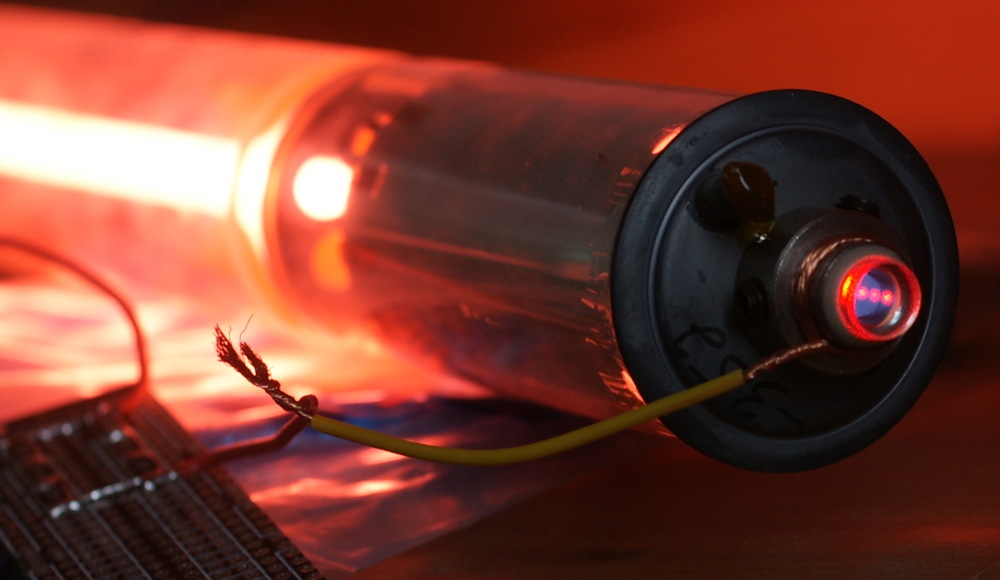 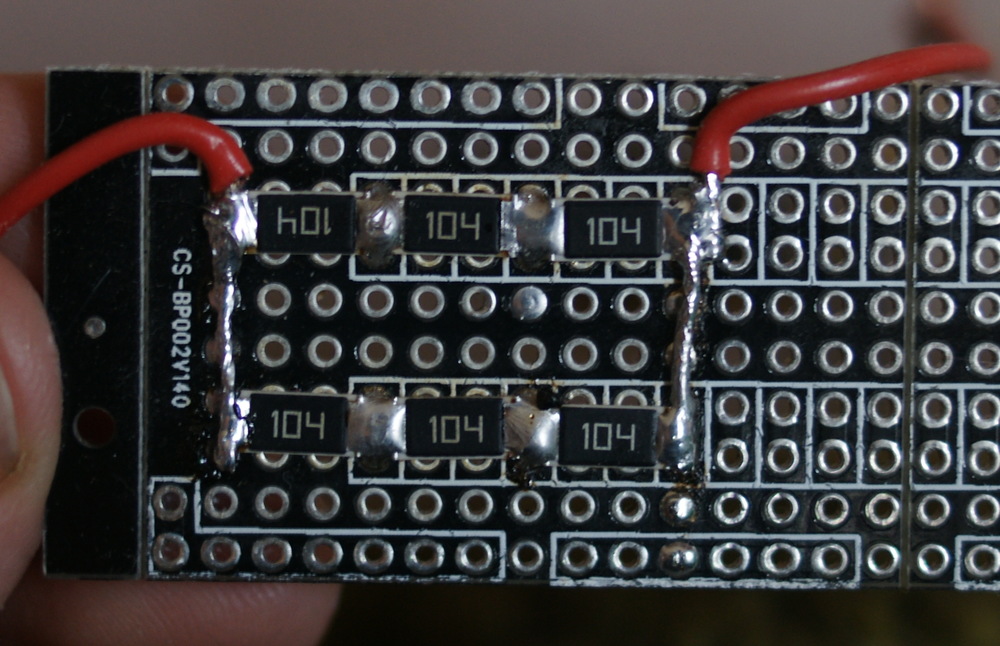 Laser spots - are perfectly round. From left to right: first tube, second tube and parasitic ray from 100% reflecting mirror on the back of second laser. As it appears, sides of this mirror are deliberately not parallel.