Looking back at Flash/EPROM and X79 BIOS modding

V-NAND did one more kick to the Moore's law slow pace. 3D is the future (as long as heat density permits). My latest SSD is reading and writing >2.5Gib/sec (although you can rarely tell the difference vs regular SSD), size reached immense 1Tb... Now you have the ability to choose more reliable yet slightly more expensive memory (2-bit MLC vs TLC), not relying just on manufacturer's brand name and backups.

My motherboard is from 2012 (7 years???!!!), way before M.2 became a thing - hence PCI-E→M.2 adapter. And surely BIOS had no idea how to boot from NVMe. To my own surprise, I managed to bake NVMe boot driver inside BIOS, flash it - and it worked. If someone is still on AsRock X79 Extreme6 - feel free to use this modded BIOS (it is based on latest X79E6_3.10 BIOS dated april 2014 года). Dispite the age of motherboard and CPU - PCI-E 3.0 (which is still the latest version) worked perfectly and on maximum speed, one more sign that technology progress is slowing down.

Let's take a look at my history with flash/EPROM technology: 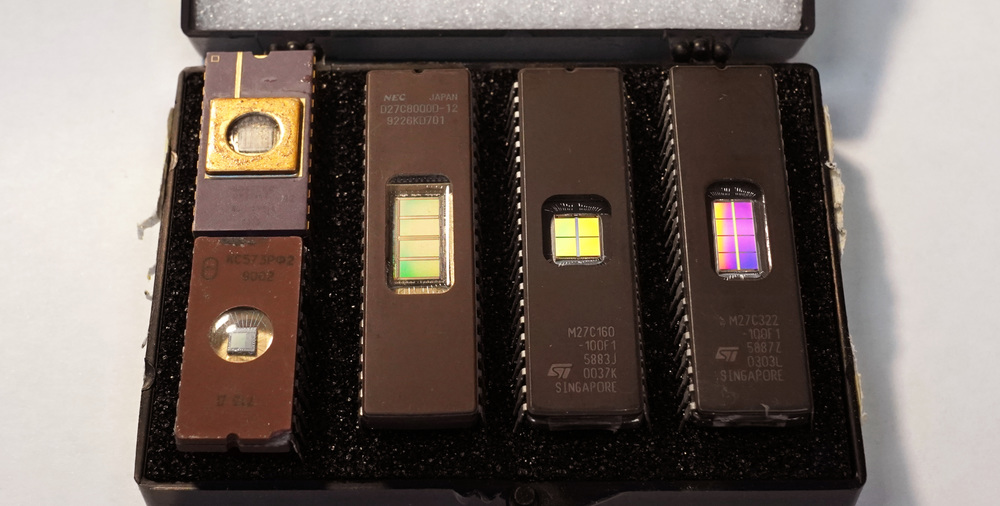 Then my first "SSD" - used in my Orion-128 computer, holding 64 KiB of most useful programs. It allowed to avoid booting from magnetic tape on each start. Black protective tape removed for photography. 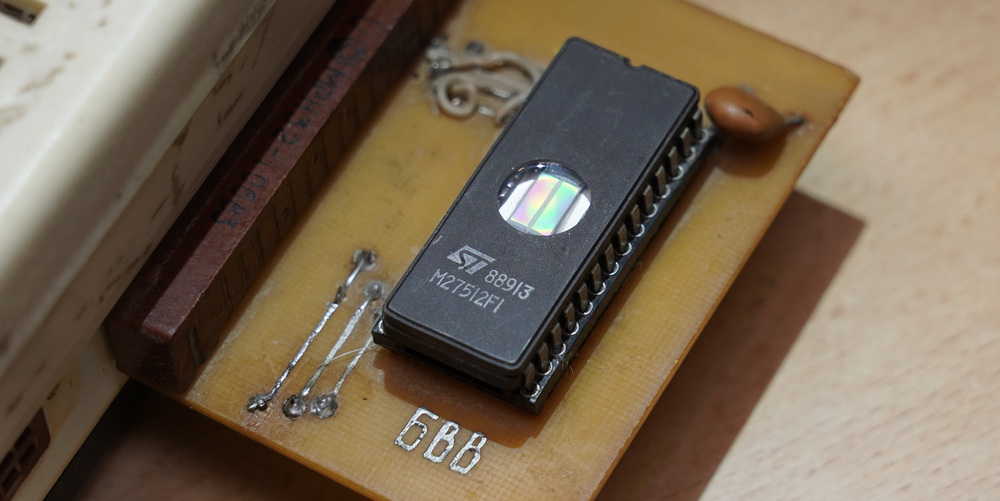 Among survived flash cards - 16MiB SD-card, still working on modern cameras (which can store whole 1 compressed frame on it). I am very sad about EyeFi : I've seen their office in silicon valley back in the days they were still operational, there could have been so many product ideas...

Not many probably have seen mini-SD cards, they were too quickly superseded by microsd. You can see recent tilt towards Samsung - V-NAND shows it's power. I am very happy that with microsd cards you can now also choise higher reliability/endurance for slightly higher cost (endurance series). Hopefully, other manufactures will follow the example. 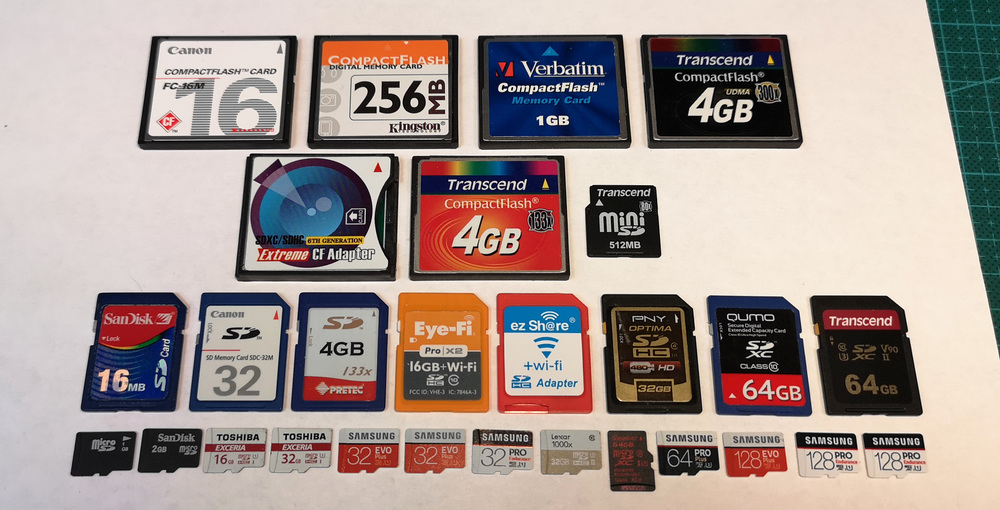 Then - unusually complicated, one of the first fast USB3 flash drives (128Gb) and Samsung T5 1Tb USB type-C SSD. Inside it - mSATA SSD with USB converter (and again V-NAND).

Outside of the frame there is 0.5TiB Crucal M500 - last SDD still using 2D NAND flash, and my oldest SSDs: Vertex 30Gb (2pcs) and 60Gb (lost in mail) - they were the first fast SSD with on-board DRAM cache... Quite an achievement for 2009... I remember setting up a script to catch a moment their sales started at newegg.com, so I probably was among the first users of Vertex SSDs in Russia.

Total volume of solid storage I am using exceeded 3Tb and it is now comparable to volume of spinning storage (26TiB). It looks like spinning storage will not be upgraded to a larger 8-12TiB disks. It is unbelievable that in the foreseeable future personal storage of 50-100Tb on SSD would not be considered insane. But our life would be perfected when economy of scale will finally make unlimited endurance non-volatile memory viable (PCM, e.t.c).
Discussion - on the forum