Filed application for my project "Zeptobars" to Skolkovo

The idea of the project is to design and manufacture (on existing fabs) general purpose microcontrollers (just like AVR, PIC, STM32 and others), but of course better and cheaper

That is the reason I was doing decapping of various microchips last months - I needed to find out cost of manufacturing of existing products to see if it's commercially viable.

Why microcontrollers and not "yet another innovative IT startup"? I believe market is full of IT startups, and business in adjacent areas is more viable. Days of offsore software development which I was heavily involved in are numbered - mainly due to rapidly closing gap of salaries of good developers between US and Russia. Only large and well-established offshore development companies would survive what's coming.

Contrary to popular belief (in Russia), Skolkovo is not an magic box full of government money. Being Skolkovo resident (if I would manage to get one) only means that you can pay less taxes for some time, and less hassle dealing with customs. The trade-off is more bureaucracy (Skolkovo controls every ruble you spend) and certain limitations (project must be executed in Russia, there are some legal things which you would not be allowed to do).

They don't really give all the money to the "poor innovators"- according to their grant policy, without co-investing they can invest 5 mln. roubles max (~125k$), larger sums require co-investor who would invest 25-75% of the total budget. This is understandable - 100% government funding is prone to corruption and would yield companies which are not ready for the world-market.

So, effectively Skolkovo is just a "sweetener" for usual investors - they throw in fraction of the money, offer some cooperation, but do not get any ownership in the company.

Let's see how it would work

Scanning electron microscope of my dream

Wanted to get to SEM microscope for quite some time. Finally it happened: Few days ago there was a piece of news, that ESO’s Paranal Observatory released most detailed photo of the core of our galaxy made by VISTA telescope in infrared spectrum with resolution 108199x81503.

Unfortunately, they only released it as online zoomable image and 24Gb .psb-file, which you can only open with Photoshop. Photoshop itself can only export it into psb, tiff (unsucesfully, due to 2/4Gb file limit) or RAW formats. And I wanted something which would allow me to cut few pieces for wallpaper...

First of all, here are the results: As Luminol works poorly in water, I had to use Dimethyl sulfoxide as a solvent (150ml). Other ingredients are KOH (~10g) and Hydroperitum (3g). No catalysts were used. ~0.5g of Luminol. One should not use usual hydrogen peroxide, unless you are ready to clean your ceiling (also, whole idea of using DMSO was to avoid water).

This photo is ~30 hours after reaction started. Just received USB EEPROM programmer TL866CS MiniPro. Works perfectly :-)
Bought it to debug my old 8-bit computer ORION-128, and probably to build my own. But that's gonna take some time... Got a quadcopter on my birthday

Quite hard to control despite on-board gyroscope, robots will rule the world. 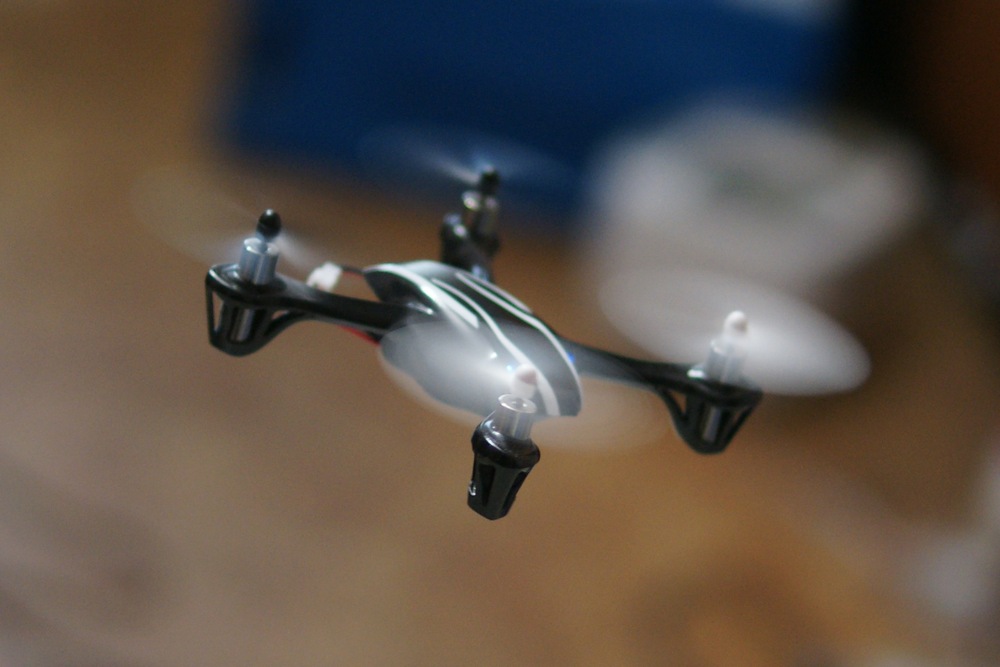