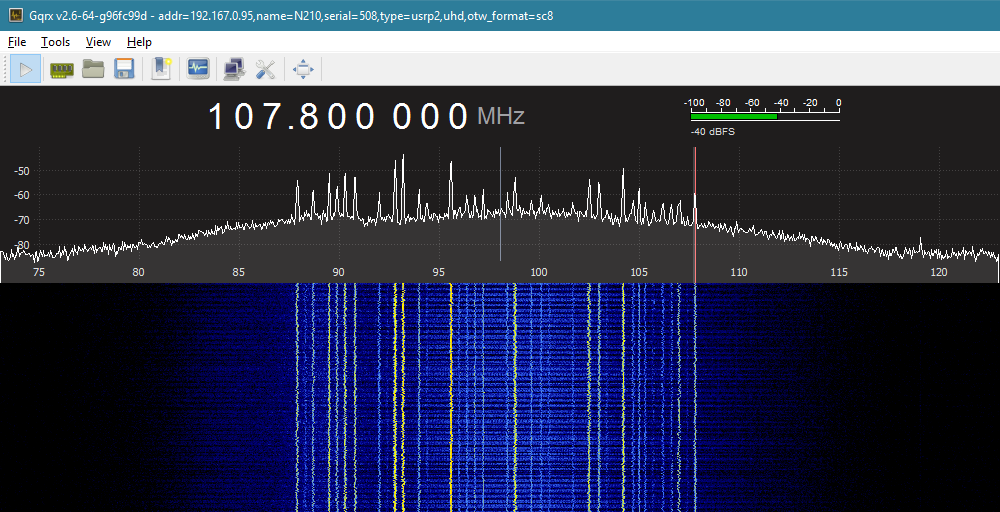 Although it is surreal to see 50Mhz of spectrum in realtime (40Mhz bandwidth using UBX-40 - 10-6000MHz RF frontend) - it is only available on the host in 8-bit mode (it already requires 800Mbit/s - using otw_format=sc8 in device string). In 14-bit ADC mode we can "only" fit 25Mhz through gigabit Ethernet. But if you're ready to do custom processing on internal FPGA - one can do better.
Read more →

In previous post about my microscope I've mentioned that now there are no more cheap upgrades left. This microscope lens is first among more expensive ones : Olympus 10x/0.3 WI - with water immersion, was lucky to get it for 800$ on ebay. 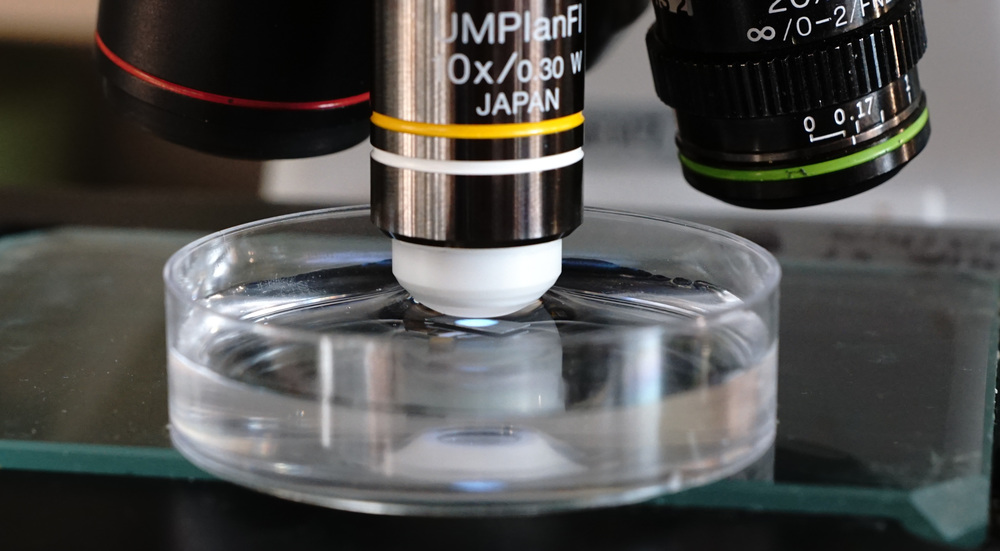 Flying over Minsk and Zurich 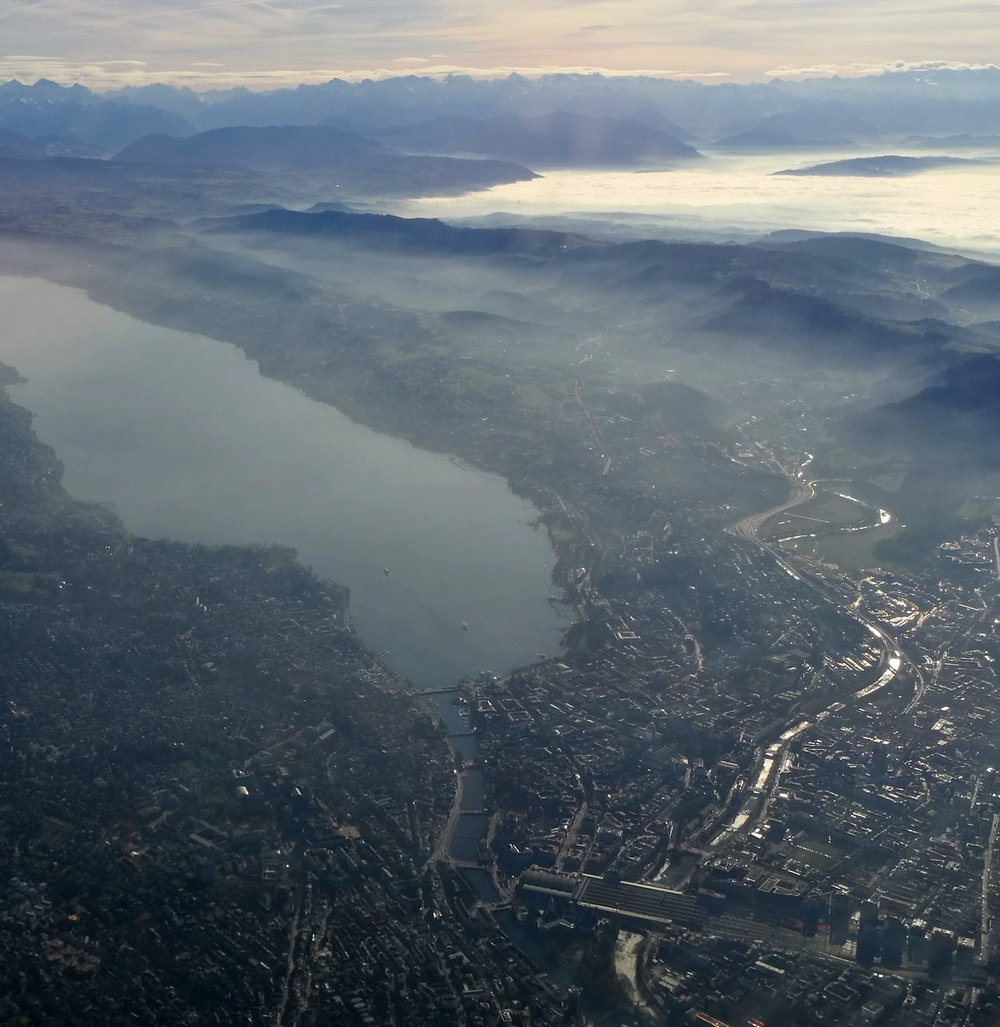 Lighting fluorescent lamp on a bench (with 400V/1A power supply)

For a very long time fluorescent lamps were a bit of a mystery for me - how they should be preheated, what's up with negative resistance, striking - all this was not clear. Today, when LED dominate the world (except for applications with UV harder than 365nm) I got to figure this out. Main ingredient here is new product of Chinese engineering - HSPY-400-01 - 400V/1A DCDC power supply. 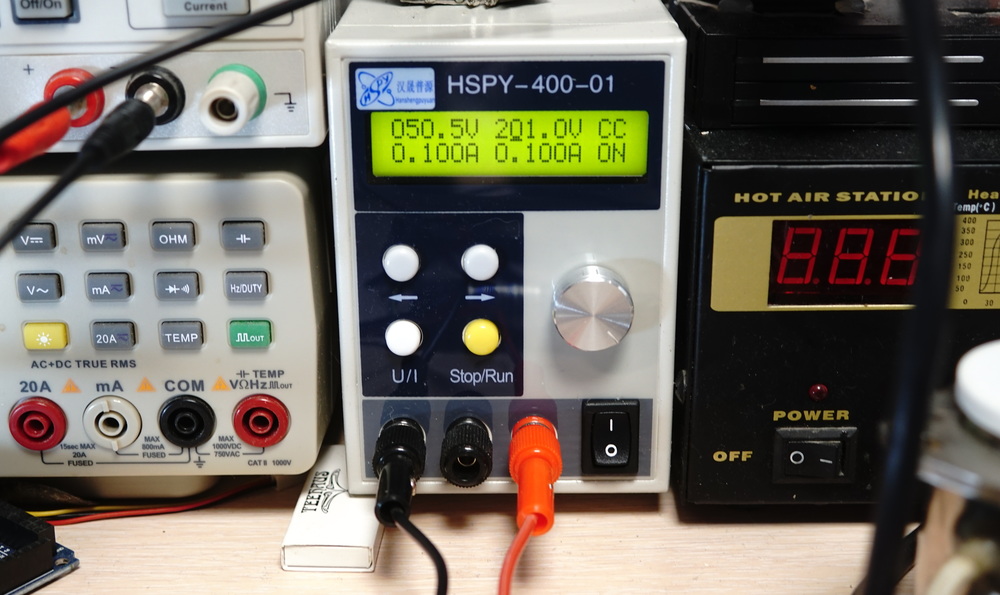 HV experiments no longer require dodgy DIY supplies: Chinese manufacturers (CXDZ) started to make affordable HV power supplies (in this case - 60kV/10mA). These are mainly used and designed for electrostatic air filters which are obviously a big business in China. Output is floating - so one can tie ether + or - to ground (that is especially important for X-Ray tubes with water cooling, where anode is touching the water and should be at ground potential). 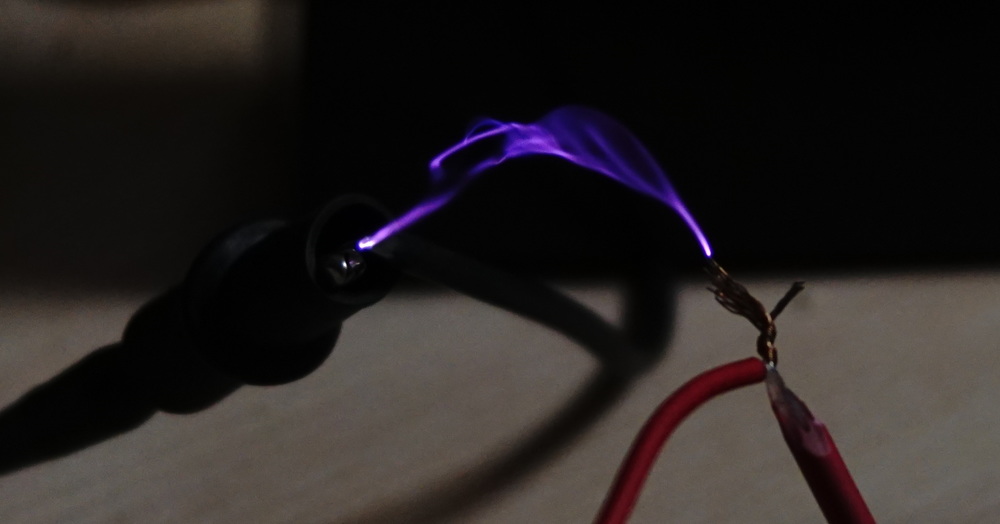 Mandatory warning: Anything above 50V can kill you in "suitable" conditions. Achieving that at 1-60kV is much easier.
Read more →

This birthday I've got a PCB on the table. Fiberglass... Must be delicious 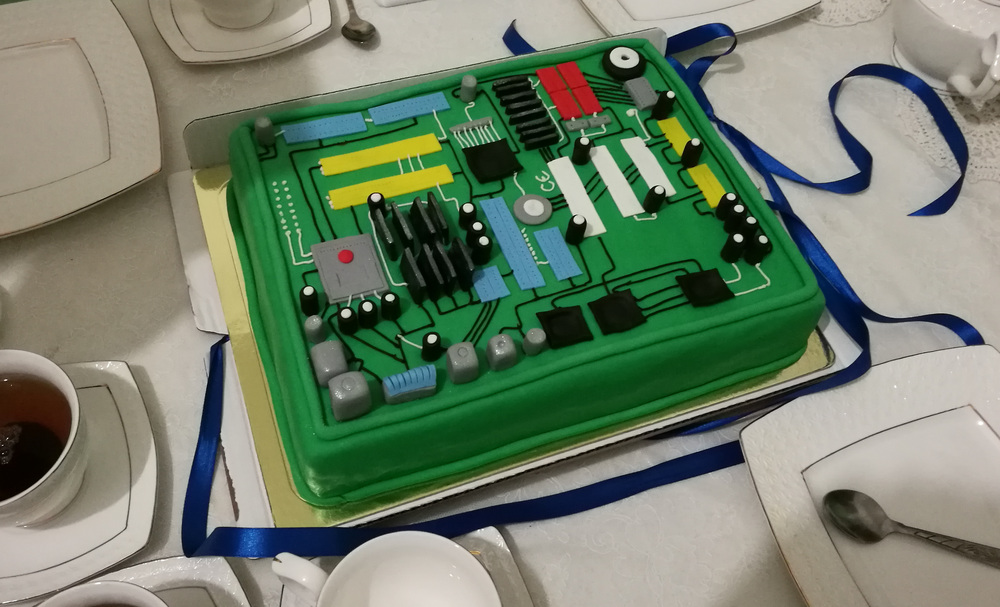 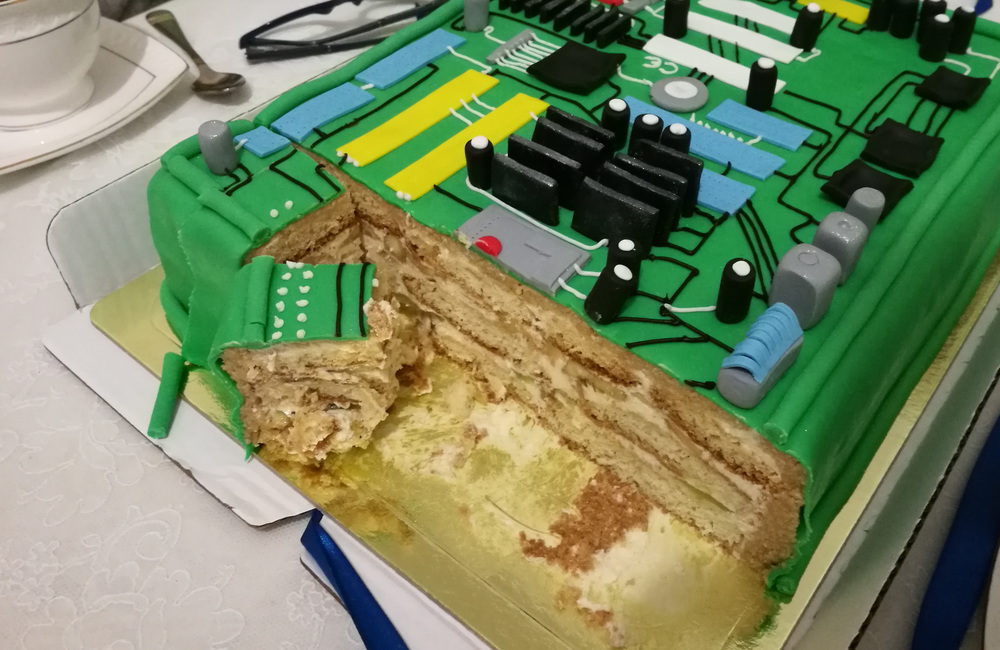 Some of you know that I like black tee, sometimes with mint. But buying good looking fresh mint is challenging. Obvious solution is to try to grow it myself. It also appeared to be not a trivial task as seeds are dust-like and quite hard to germinate. It was also hard to not forget to water it without auto-watering :-) Final result is pleasing: 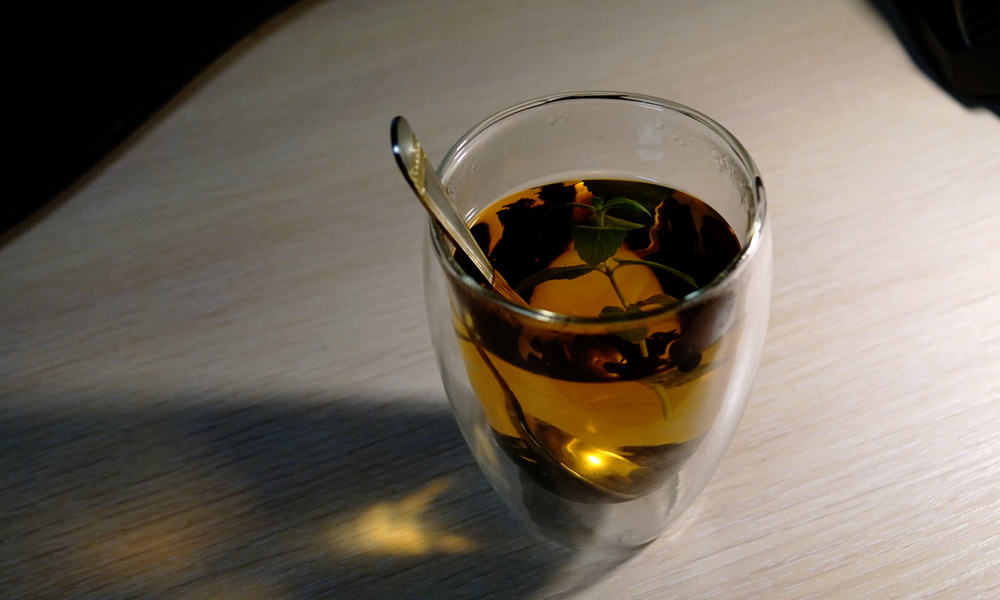 Also I've planted dandelion (taraxacum) - but it might take a while more until it flowers. It was unexpected that literally no one sells seeds of dandelion in Russia - had to get it from Great Britain.

I've also shoot timelapse video of plants growth : first part is 40'000x realtime (2 weeks in 28 seconds, there is no wind there - it's natural plant movement during growth), second part is 6'000x realtime (during daylight movement is much faster as sun moves around): 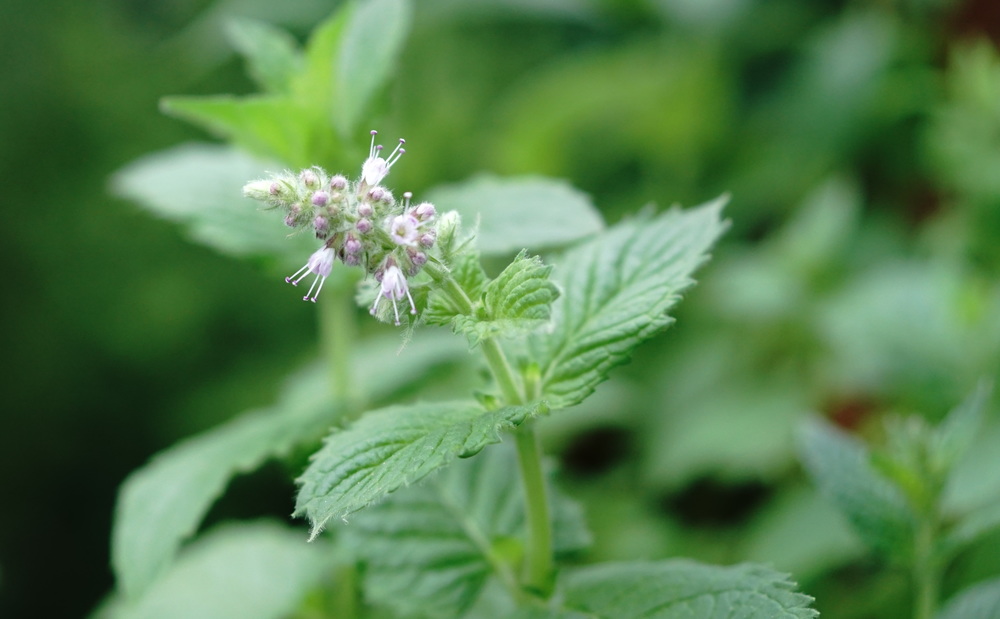 Some time ago I wrote that my old used 50x/0.8 Carl Zeiss Jena microscope lens appeared to be worse than my original Chinese one. This did not stopped me - I bought more modern used Olympus UMPlanFL 50x/0.8 lens - and it appeared to be even worse : it was probably dropped once or twice, so it was completely misadjusted and it's resolution was several times worse than difraction limited. This lens was sucesfully returned to the seller.

Finally I got older Olympus MSPlan 50x/0.8 - and this one appeared to be nearly perfect. It took me 3 trials to get a decent 50x lens - yet another remainder that buying optical goods on ebay require some caution and that good optics visually does not differ at all from the terrible one...

See below quality comparison of all 4 lenses.
Read more →