Looking back at Flash/EPROM and X79 BIOS modding

V-NAND did one more kick to the Moore's law slow pace. 3D is the future (as long as heat density permits). My latest SSD is reading and writing >2.5Gib/sec (although you can rarely tell the difference vs regular SSD), size reached immense 1Tb... Now you have the ability to choose more reliable yet slightly more expensive memory (2-bit MLC vs TLC), not relying just on manufacturer's brand name and backups.

My motherboard is from 2012 (7 years???!!!), way before M.2 became a thing - hence PCI-E→M.2 adapter. And surely BIOS had no idea how to boot from NVMe. To my own surprise, I managed to bake NVMe boot driver inside BIOS, flash it - and it worked. If someone is still on AsRock X79 Extreme6 - feel free to use this modded BIOS (it is based on latest X79E6_3.10 BIOS dated april 2014 года). Dispite the age of motherboard and CPU - PCI-E 3.0 (which is still the latest version) worked perfectly and on maximum speed, one more sign that technology progress is slowing down.

Let's take a look at my history with flash/EPROM technology:

Internals of quartz wristwatch "Luch" - and some overclocking

There are some things which were around for so long, that we got used to them and take them for granted. At the same time sometimes they are much more complicated to design and manufacture.

My personal favorites are quartz wristwatches and film cameras. They only became accessible to everyone because hundreds of billions of dollars in R&D expenses were spent there in the past 1-1.5 centuries.

I'll take a look at quartz wristwatch this time. I'll look inside "Luch" wristwatch which I got during my school times.

Watches itself looks simple and ascetic. Wires are mine. You'll see why at the end of the article: 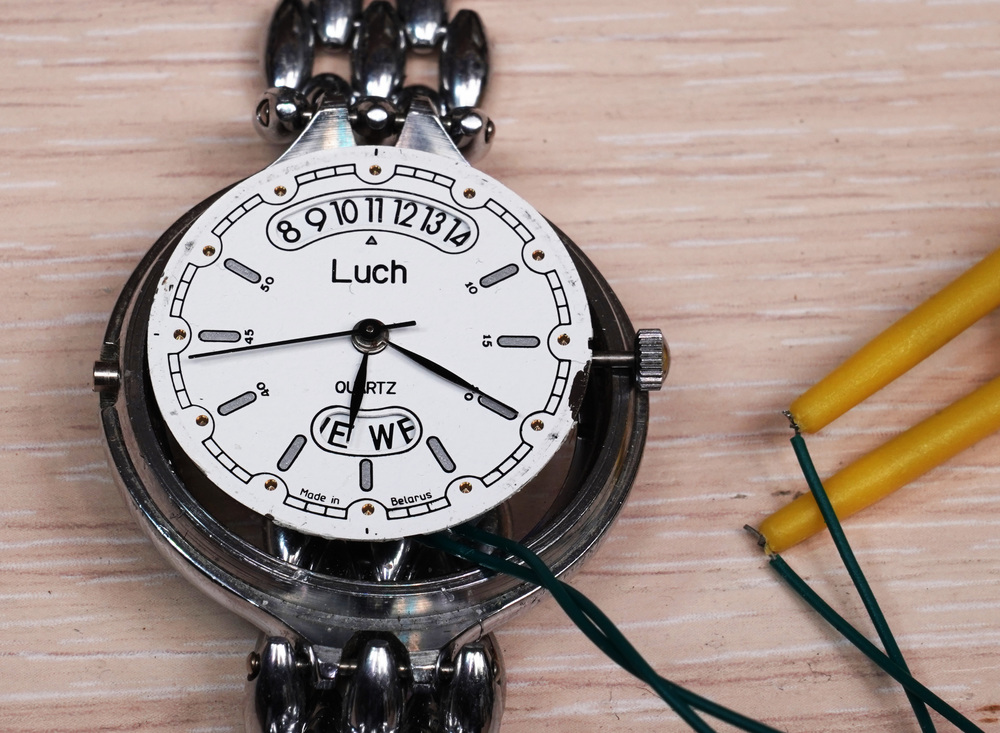 Microsoft is actively pushing it's user base towards clouds and subscriptions. But there will always be people hesitant to trust their private data to corporations, especially in this age of private data leaks left and right.

Replace XXXXX-XX... with the actual key. Restart office programs - and enjoy your genuine and activated Office 2019 completely offline. I guess we cannot hope that Microsoft will realize the importance of having completely offline option of their products, so they will start (slowly at first) loosing users to older versions of Microsoft products and open-source alternatives.

PS. If you like OneNote - it's already time to start looking for open-source alternatives. Sorry Microsoft, I am not uploading my notes to you. 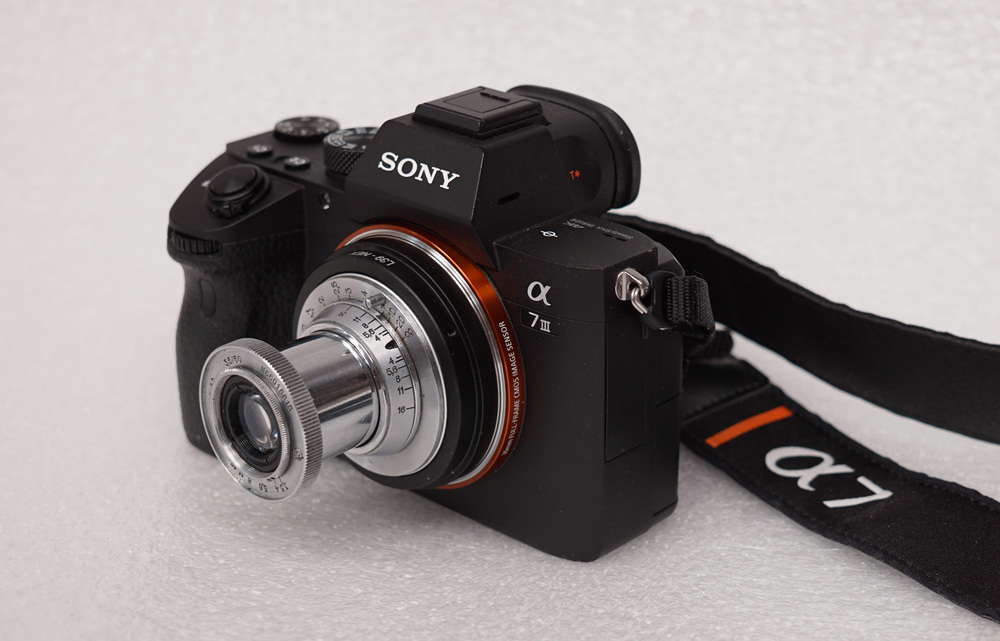 6 months ago I ebayed Sony A7II and thought that It will be with me for a while. But life is full of surprises - seller did not sent me few missing parts, I returned the camera... and by that time A7III was already released. There are quite a few nice features - BSI sensor with higher sensitivity, very pleasant high-ISO noise reduction, flexible autoISO settings... Some like larger battery and dual SD slot.

For me personally flexible autoISO is what gave me largest increase of good shoots yield. Also, now camera allows one to see the photos in the buffer while buffer is flushing to SD card. 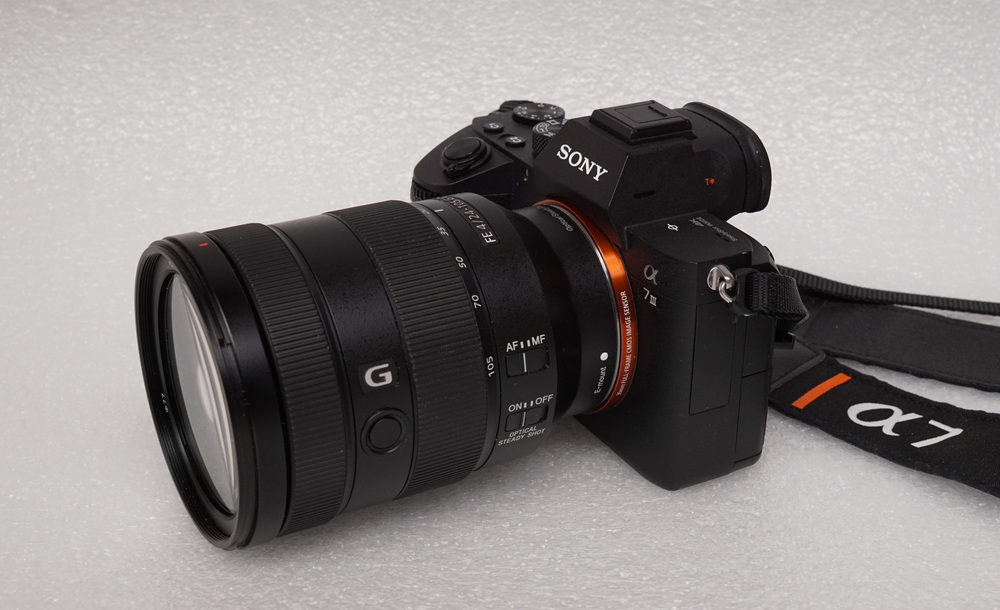 After I was spoiled by zooms during ancient A-mount era ( I had Sony 16-50 F2.8 lens - it was quite sharp in the center and versatile) - here I bought loved by many Sony 24-105 F4. It was well worth it - even sharper and obviously slightly wider zoom range. Size and weight is probably maximum suitable for casual travel. F2.8 full-frame zooms in my view are only for professionals who used to lug a lot of equipment.

Fake RAW/star eater issue is still there. You can read more here, and sign a petition to Sony here. I was also able to reproduce PDAF striping issue under very exotic lightening conditions - but this is a topic for a separate article.

At the end, I really like the camera. It will definitely stay with me until 60+ megapixel full-frame cameras with 4K/60P full sensor readout are available. We might have to wait until 2022 for that...

HKT002 soldering practice kit exceeded my expectations - it is a functioning circuit with all parts included, which only works if you soldered everything correctly.

There is an 555 which frequency is set by long chains of capacitors and resistors. CD4017 johnson counter to drive 10 LEDs.
These 10 LEDs are driven by BJT's with high hFE and diodes in the base circuit, so any surface contamination from flux would not allow them to turn off LEDs.

Highly recommend to anyone who needs to solder from time to time. If you're just starting learning - you will need at least 2 set and lots of spare parts.

Here is last glitch: You can see 3 LEDs could be lit at the same time by CD4017. Why could that be? 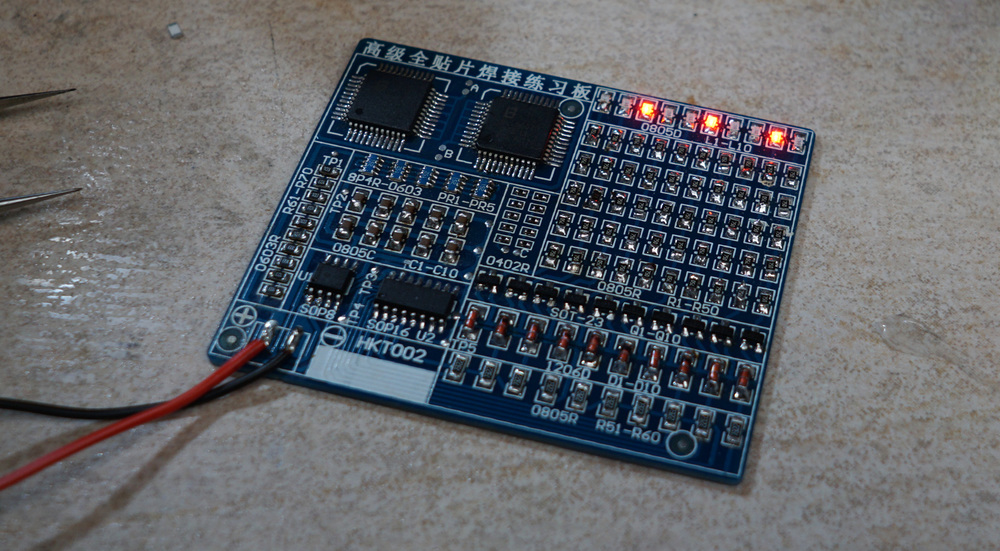 Analog Devices AD9361 — when microelectronics is more profitalbe than drugs

When Analog Devices released their SDR transciever AD9361 in 2013 - it was a revolution in digital radio. SDR's were there before, but only now you can have it all: 2 channels for TX and RX with onboard 12-bit DAC/ADCs with 56MHz of RF simultanious bandwidth, local oscillators, mixers and LNA - all working in the range from 70 (TX from 47) to 6000Mhz. Using AD9361 out of the box one could implement almost any useful digital radio, with the rare exceptions of UWB and 60GHz. You only need to add data source/sink (which is still often an FPGA), external filters and PA if your task requires it.

Finally I was able to take a look inside and peek at manufacturing cost of a microelectronic device with such an exceptional added value.

After decapsulation we see 4336x4730 µm 65nm die. On top metal you can notice PLL's inductors and datecode - chip was somewhat ready 2 years before introduction: Finally found some time to play with galvoscanner with 1W RGB laser... and caused some laser damage 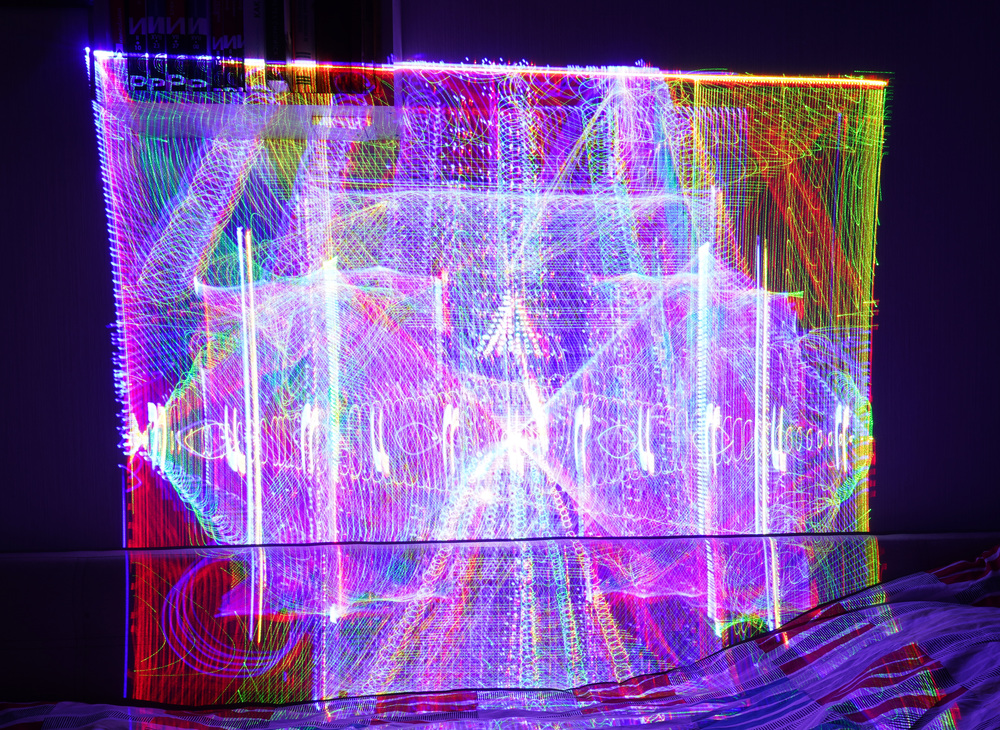 Some 20 years ago I had an idea of storing data on paper - for backups and such. Never ended up implementing it. But luckily someone did - and since 2007 we've got PaperBack made by Oleh Yuschuk.

While playing with it I was able to store ~500 KiB of data on a single side of A4, which could already have some practical use. This density is achieved at 300dpi data density, 80% dot scale (recommended value of 70% gave higher error rate) and 20% for ECC correction. For reliable recovery scanned image had to be slightly sharpened using Gimp2/unsharp mask, but it feels like this is the limit (ECC had to recover ~10% of errors). On 200/240dpi data density everything is much more reliable.

One can for example take a photo of the sheet using film camera and get data microfilms at home ))) Also, this data is easy to read even in distant future and does not depend on spefic reading hardware, so even aliens or humans 1000 years in the future who find a timecapsure with it would be able to read it...

Here is how data looks at 80dpi:

Even closer (square side is 2.97мм). One can see that using less than 2*2 pixels for 1 bit of data would require different recovery approach due to very high rate of errors which will be pattern-dependent. Paper fibers would also cause some issues as higher data densities. 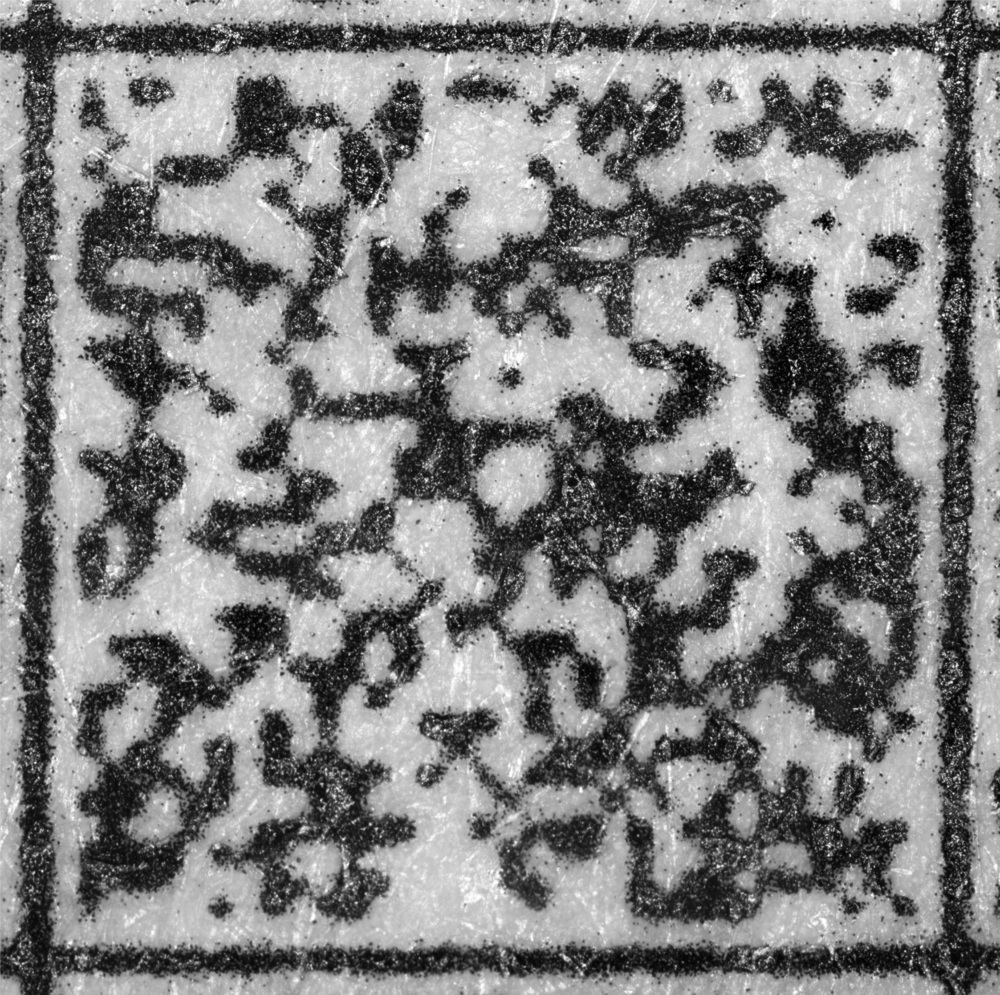 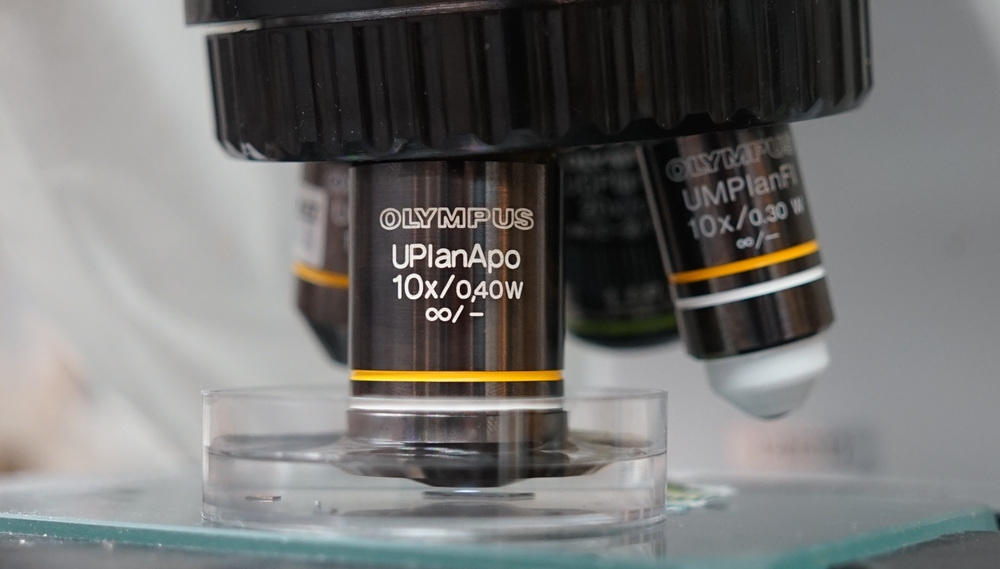 Apparently I am a fan of water immersion. Last time when I've got 10x0.3WI lens I thought I am set for life. But recently I've spotted even more interesting lens on ebay: Olympus UPlanApo 10x0.4 WI. That would be my first apochromatic microscope lens. It's very large field of view and 0.4 aperture makes it ~1.8x harder to achieve uniform focus over the field comparing to 10x0.3 WI. But the information density is again ~1.8 times higher. 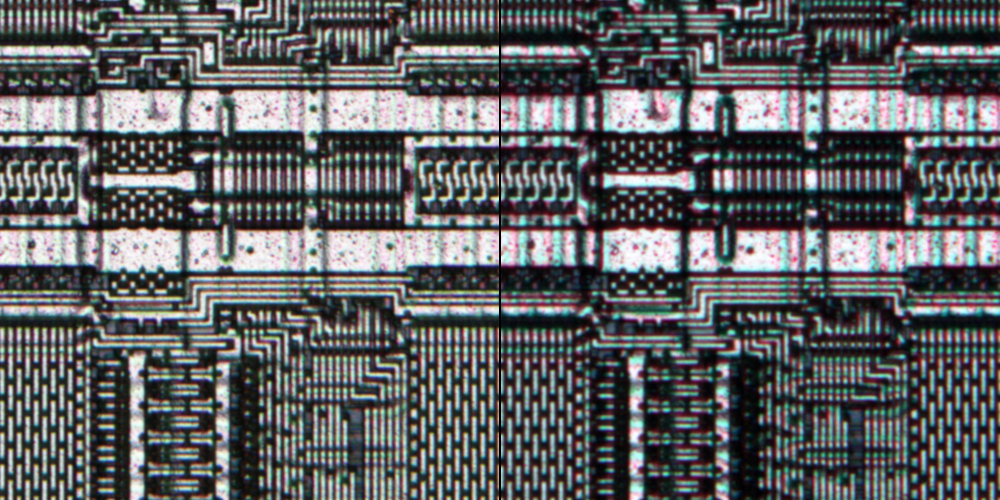 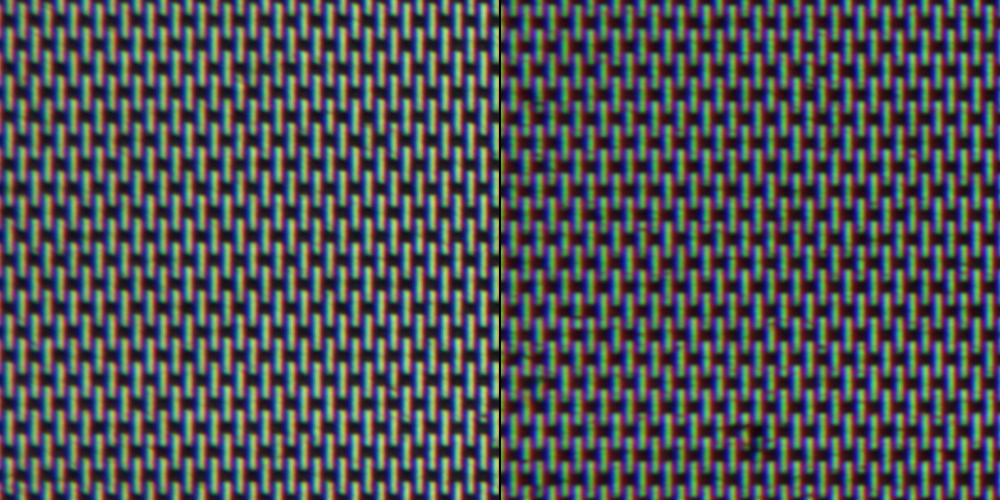 Finally I've bought my first full-frame digital camera - Sony A7II, on ebay as usual. While everybody were excited about A7RIII - I was quite disappointed: same sensor as in A7RII and still not solved fake RAW issue (it's there for all Sony camera's though). Why it is called fake RAW? Sony cameras has noise reduction algorithm which you cannot disable. It kicks in at long exposures and is applied even in RAW(!!!!), which completely ruins whole idea of RAW files (=direct stream of data from the imaging sensor for further advanced processing). The most obvious effect of this forced "noise reduction" is erasing 2/3 of the stars at the photos of night sky. You can read very detailed research of the problem here and you can also sign petition to Sony to finally fix it.

As my personal punishment to Sony I've decided to skip few camera generations: I will have fun in full frame with A7II for a while, just like 2 years ago I've started to get experience in E-mount with Sony NEX-5, which was ebayed for 110$. Hopefully some day they will release something like A9RII with 60mpix sensor and fixed fake RAW issue - this camera will be worth to buy new :-)

Glad that I did not ever bought full-frame A-mount camera (A900/A99 - it would have wasted much more money after re-sale), and a little bit sad that 3 years ago I've blindly bought Sony A77II instead of some E-mount camera (like a6000) which was already available at the time... 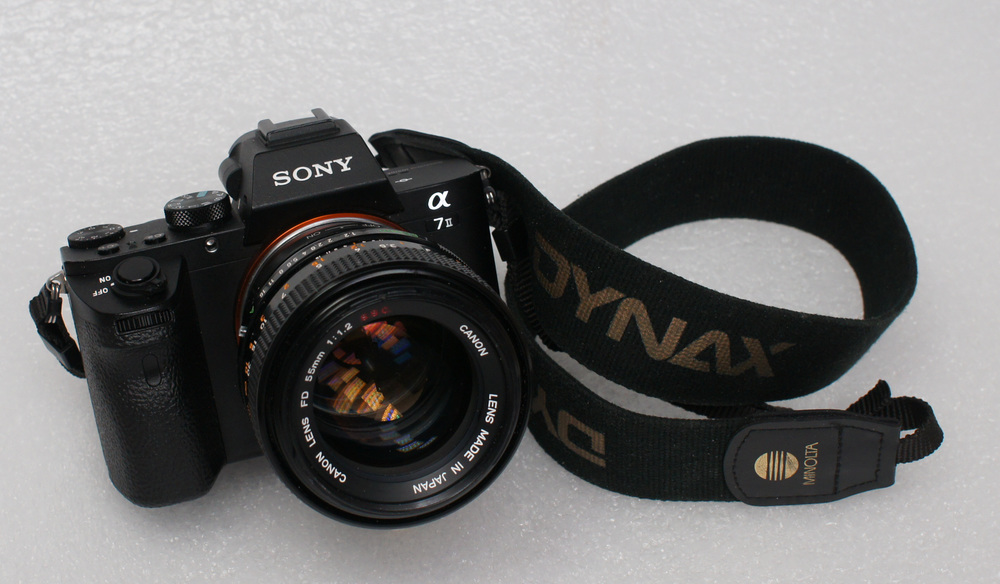